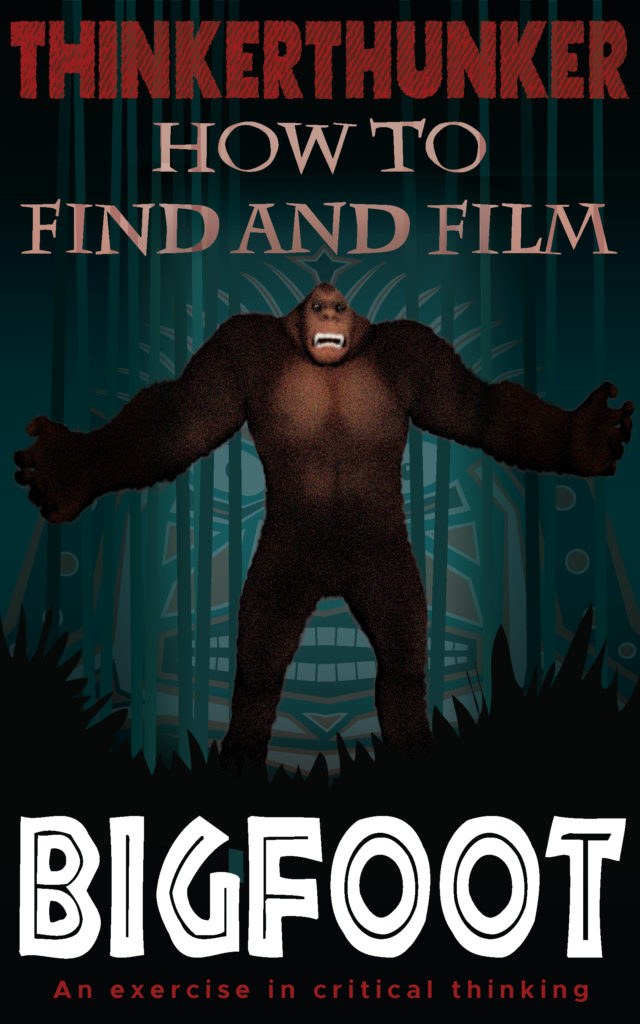 There’s a reason we can’t go out and film Forest Giants (Bigfoot) any old time we want. And why the best footage to date was filmed over fifty years ago.

So what would it take …?

If money were no object … what would it take for someone to finally shoot that definitive footage that changed everything and convinced the world that big, furry Giants really do live right alongside us?

That’s the premise of my book. I’m ThinkerThunker, I’ve been on Youtube for over a decade now, my videos have been watched by millions around the world, and this is the challenge I posed to myself.

And … I may have just found the answer (twice.) And come up with a new science while I was at it. The first science based solely on Forest Giants. Plus, I came up with another breakthrough that could prove to be invaluable for researchers.

I also threw in a section detailing all the proof I’ve found over the years that Forest Giants do indeed exist (with links to video examples.) And I shared my own personal encounters and stories told to me firsthand that changed my life forever and led to my becoming ThinkerThunker.

All I hope to do with this book is challenge and change the way the world thinks about Bigfoot. (Including its name.) Join me. At the very least you’ll be entertained.